The Association for European Cardiovascular Pathology (AECVP) has evolved from the European School for Cardiovascular Pathology, founded in 1994 by Drs. RH Anderson (London, UK), AE Becker (Amsterdam, NL), MJ Davies (London UK), PJ Gallagher (Southampton, UK), CJ Kirkpatrick (Mainz, GE) and G Thiene (Padua, IT) because of growing concern with the wane of interest among pathologists in general for cardiovascular diseases. The inaugural meeting of the “School” was held in Amsterdam in 1995 and ever since annual school meetings were held in the Academic Medical Center in Amsterdam up till 2001 when the attendees approved of the foundation of the AECVP. At that time the constitution and bylaws were formally accepted and the board and council members, as well as the standing committees, inaugurated.

The AECVP developed a close liaison with the European Society for Pathology (ESP) and presently is accepted as a companion society, participating in the biennial meetings of the ESP providing the cardiovascular pathology program. As a consequence, the annual meetings of the AECVP have been transformed into biennial meetings, alternating with those of the ESP. The first of these was held in October 21-23, 2004, in Padua, IT. The following meetings were held in Aarhus, DK (2006), London, UK (2008), Lisbon, PT (2010), Cadiz, ES (2012), Paris, FR (2014), Cologne, DE (2016), Lausanne, CH (2018) and Cambridge, UK (2021).

The AECVP brings together those in Europe actively involved in cardiovascular pathology and provides a platform to serve as a liaison between pathologists, cardiologists and surgeons as well as basic researchers in the field of cardiovascular diseases.

The association will be instrumental in coordinating many aspects of cardiovascular pathology in Europe, such as quality control studies in the diagnostic field and in the implementation of multicentre studies in the cardiovascular pathology arena. But, over and above these aspects, the AECVP – like the “school” – will put much emphasis on mutual postgraduate education programs.

We work closely with basic scientists investigating pathophysiological mechanisms of cardiac disease. We serve as a network for referrals, personal contacts, presenting new research data and exchange of scientific knowledge with the aim of increasing the visibility of cardiovascular pathology. 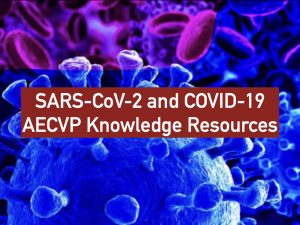 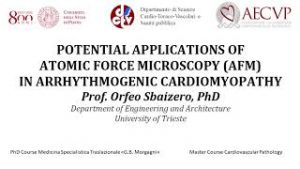